A world of sand.

Chunshui Street was an old street in the southwest of Hongjing.

It wasn’t much different from other bustling streets in this city; the shops were spread out from one end of the long street to the other. The sunset would cut the sky, creating a golden film that covered the street, and the air seemed to have the aroma of fluffy egg tarts.

Towards the evening, the streets gradually became lively.

In this fish shop on the side of the road, a crucian carp was trying to swim away from a plastic basin. Just when it was about to escape, it was grabbed by its belly and picked up.

Wang Chunhua was almost sixty years old this year. Her life was no different from that of a middle-aged woman in her sixties in this city. She had just finished getting a perm in the salon next door and was now stopping by to buy a crucian carp on her way home to make some fish stew for her grandson.

“Ten yuan! Ten yuan and nothing more!” She took out a worn-out ten-yuan bill from her wallet and stuffed it into the shopkeeper’s hand, triumphant over scoring her discount, and brushed her hair smoothly.

The air was filled with the rustling background noise of the radio, and it seemed that something was being said.

The fish shopkeeper shook his head helplessly, stuffed the money into his leather apron pocket, and turned up the volume on the radio with his wet fingers.

“We interrupt this broadcast for an emergency announcement.” On the car radio, a female announcer paused to collect her soft voice. “Great Typhoon Yunna will hit our city head-on at night on the 12th. The Meteorological Bureau reminds everyone that starting tonight, citizens are requested to minimize going out.”

Wang Chunhua took the fish. The crucian carp in the plastic bag was swimming gently. As if to confirm something, when she looked up at the sky, it quickly darkened.

The fruit shopkeeper at stall No. 18 on Chunshui Street also raised his head and looked at the gray sky. As if he felt the wetness of the rain in the air or for some other reason, he suddenly picked up a half-frame of rotten apples and poured them into a crate holding expensive red delicious. A few of them accidentally fell out, causing him to hurriedly turn around to chase them.

The rotten fruit crackled and fell like a torrential rain. A few had fallen away, rolling further along the iron-gray sidewalk…

With a crisp crunching sound, a pair of thick-soled leather shoes stepped on them without hesitation, crushing the fruit and spilling their juices on the side of the road.

“Oh, a few rotten apples.” Wang Chunhua raised her foot, looked at the fruit she had just trampled over, and kicked it in disgust. “I almost slipped!”

The stall owner didn’t respond. He picked up all the apples, lowered his head, and carried them back to his stall.

When the shopkeeper didn’t apologize, Wang Chunhua suddenly got angry. Just when she was about to walk away, she suddenly caught a glimpse of the fruit stall owner frantically stuffing all the rotten apples in together with the high-end apples. Recalling all the rumors she heard about these kinds of shops, she became even more angry.

“Is your brain broken? Selling rotten apples with good apples!” Seeing this, Wang Chunhua ran to the fruit stand and poked at an apple as she raised her voice.

The face of the stall owner flushed, but he didn’t say anything and instead glared at her with bloodshot eyes. Wang Chunhua cleared her throat and was about to mock some more when the wind started.

The wind was light, like a flowy girl’s hair, and soft, like the lips of a mother’s kiss.

Wang Chunhua stood under the awning as the gentle breeze blew through her permed hair, causing it to brush against her arm and fall on her fingers. Then, she felt as if something had fallen from her hand.

She subconsciously lowered her head to look and found a finger on the ground.

Where did this finger come from?

The severe pain came after, as she timidly shifted her gaze to her right, where a huge and ugly gap had appeared.

She wanted to call for help but found she couldn’t say anything. The stall owner grabbed her throat with an iron grip and held a narrow watermelon knife to the side of her face.

The sense of fear was far more terrifying than the physical pain. The stall owner swung the handle of his knife and slashed at her. In an instant, her skin split and blood engulfed her vision. All that was left was inhuman panting in her ears.

The desire to survive stimulated the greatest potential in humans. Wang Chunhua used all her strength to push away the fruit stall owner, tumbled away and tried to escape into the shop next door.

There was an old man sitting in the store. Wang Chunhua could hardly see anything. She only felt an eerie sense of serenity around her. She arched her upper body and wanted to climb over the threshold. Just when she was about to touch the old man’s trousers, she was kicked down again…

The severe pain didn’t come as expected. It took her a long time to gather the courage to look back.

Behind her, several men were trying to subdue the crazed fruit shopkeeper who was slashing at the crowd. The faces of the onlookers had horrified expressions. They were whispering among themselves things like, “How could this happen”, “He’s usually very nice”, “He didn’t seem like a psychopath”, and so on.

Wang Chunhua opened her mouth and wanted to speak but found that nothing came out. There was warm blood on her face and hands. She propped up her elbows on the ground and tried to stand up, but before she could maintain her balance, her knees buckled suddenly, causing her to stagger. She stumbled down, hitting the old man who was sitting in the armchair.

With a crash, the old man fell without warning.

Wang Chunhua was startled. She propped up her body and staggered back a few steps, then stretched out her hand to wipe the blood that encapsulated her vision. The old man still maintained his fallen posture. His gray hair was neat and tidy, and he was wearing a clean, old navy-blue uniform, looking like an odd, serene sculpture.

Wang Chunhua held her breath and leaned forward again. She cautiously pushed the old man with her now missing index finger, causing him to tumble over and fall flat on the ground. A handful of white sand blew out of the seam of the old man’s pockets like thousands of tiny white aphids swarming out.

The sunset reflected on the window and cast its light over the old man’s wrinkled face, making the deadness on his face even more apparent. The shadows obscured the upper half of his face, while the setting sun illuminated the lower half, giving it a sense of softness. There seemed to be a smile on the corner of the old man’s mouth.

Chun Shui Street was eerily quiet. Only the voice of the female announcer was still coming out of the radio. “The police request that citizens pay attention to safety while traveling and be vigilant…”

The magnetic voice filled the air over the entire block.

When everyone was focused on the old man, no one noticed that someone wearing a cap lowered the brim of their cap and walked out towards the long street where the murder had just happened, against the flow of the crowd.

Truthfully though, I just got art baited again like I did with Stray, from the audio drama covers, but that’s just fine since a mystery novel has been on my to-do list.

Anyways, I hope you’ll enjoy this series. *Sigh* I sometimes ask myself why I torture myself by picking up such long projects. This novel has 310 chapters total with 1.2+ million Chinese characters, about the same length as Stray. Guess I’m a masochist.

Here’s some artwork from the audio drama that can be purchased here. Season 1, 2, 3. 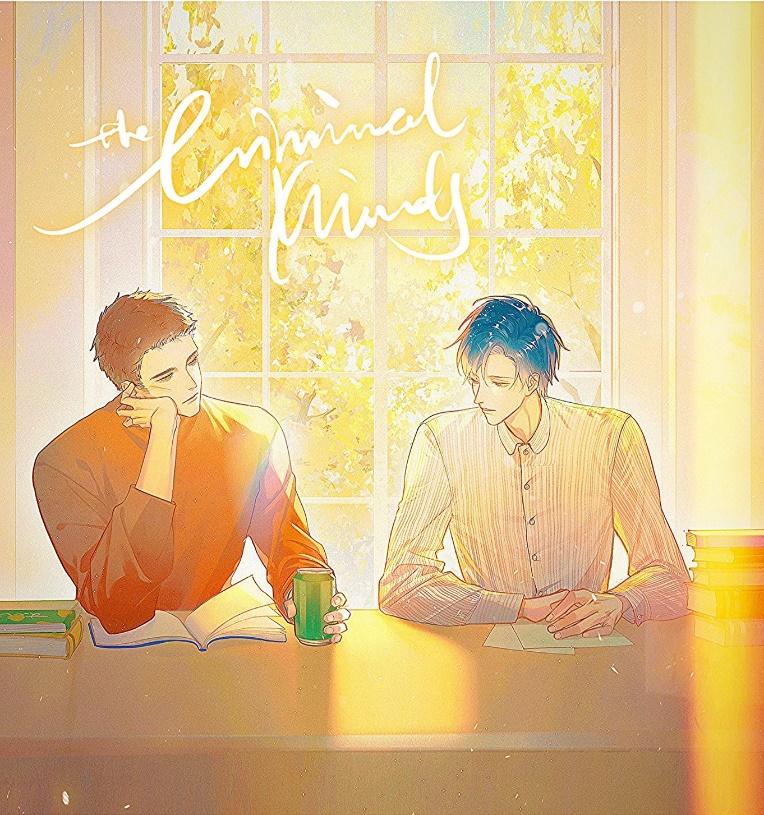 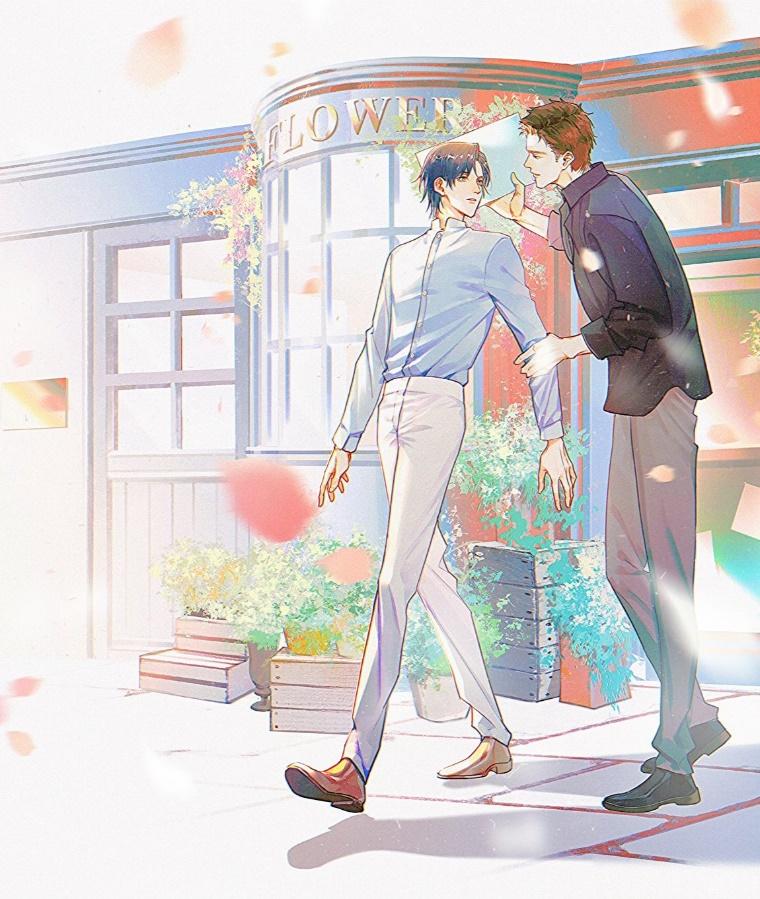 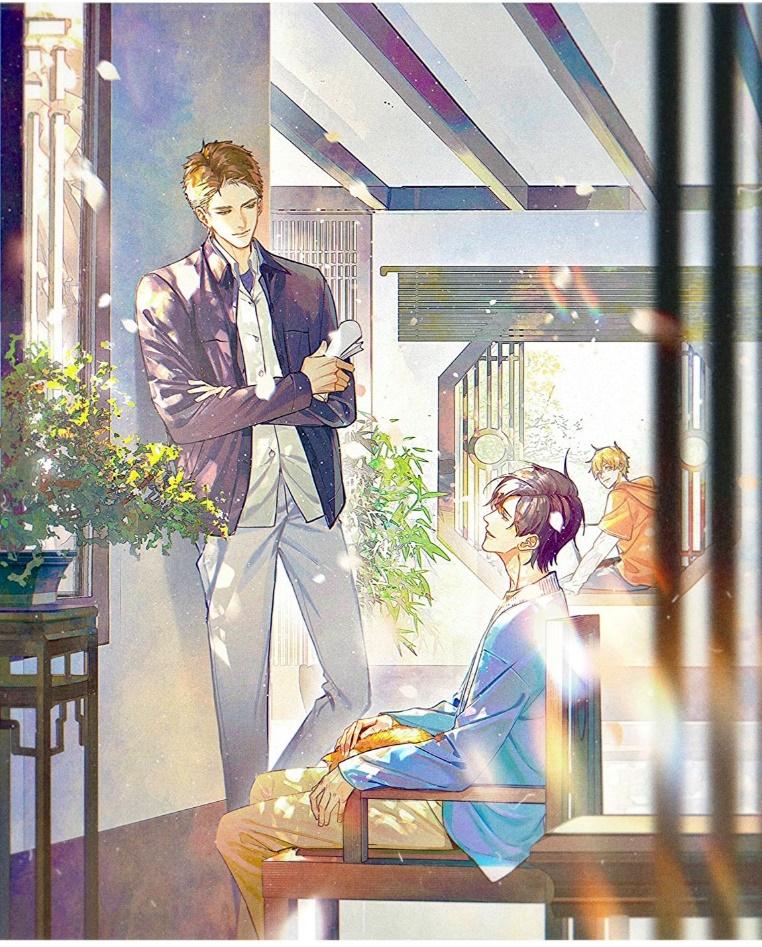 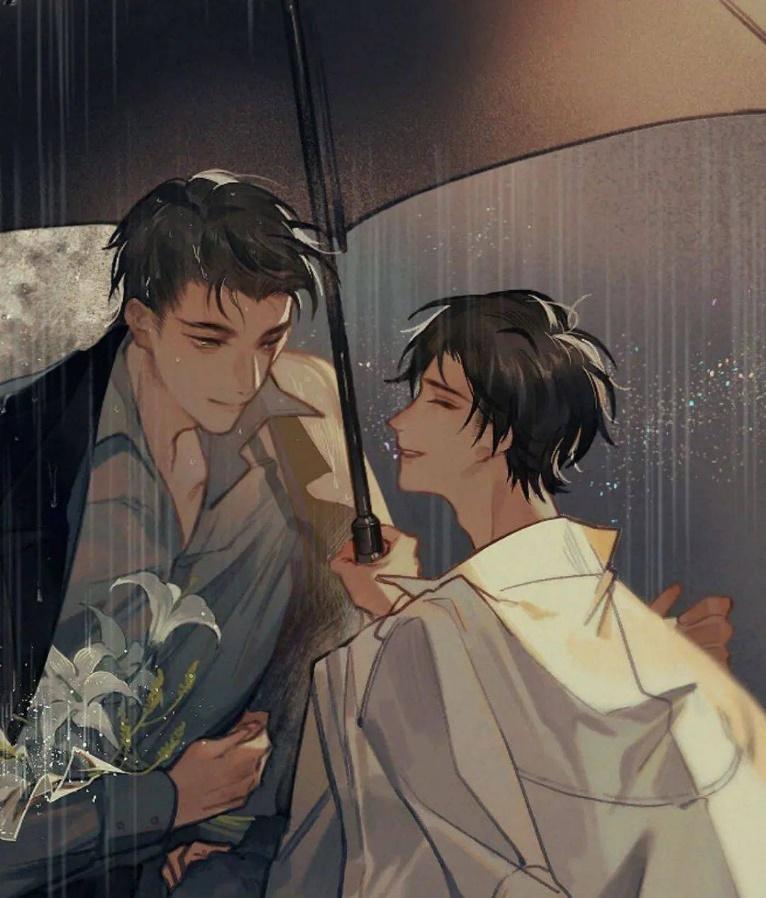 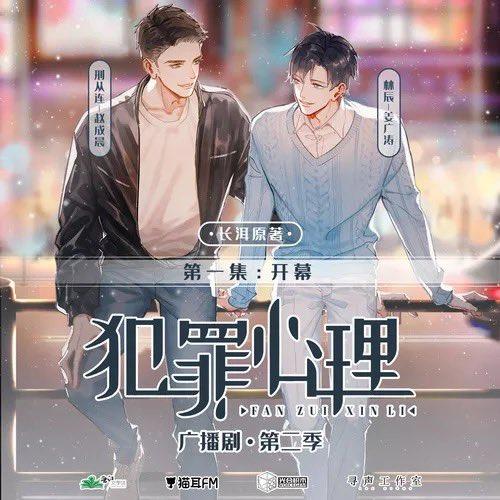 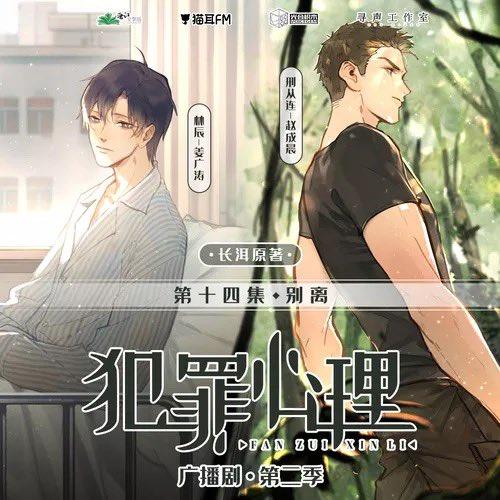 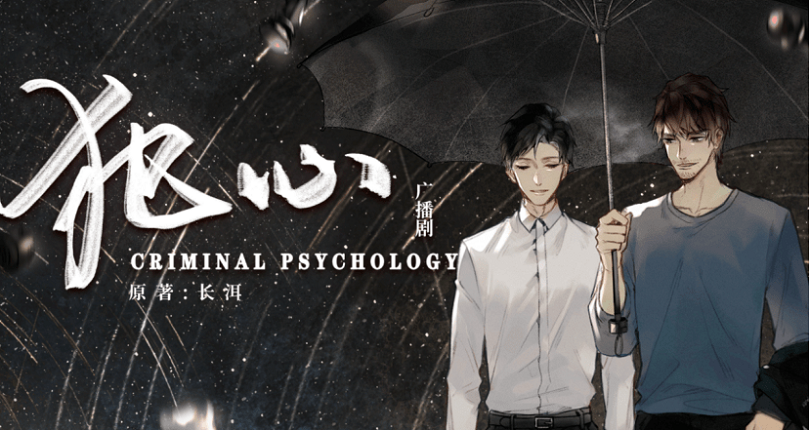 One thought on “Criminal Psychology Ch1”